Tactics aided England enormously in what Stuart Broad claims is England’s greatest ever twenty20 victory in Auckland on Saturday. Morgan, Wright, Bairstow and Buttler all impressed as it was Kieswetter’s understudy at Somerset, Buttler, who was preferred with the gloves. Frontline bowlers Finn and captain Broad bowled well with Broad in particular being potent and economic. 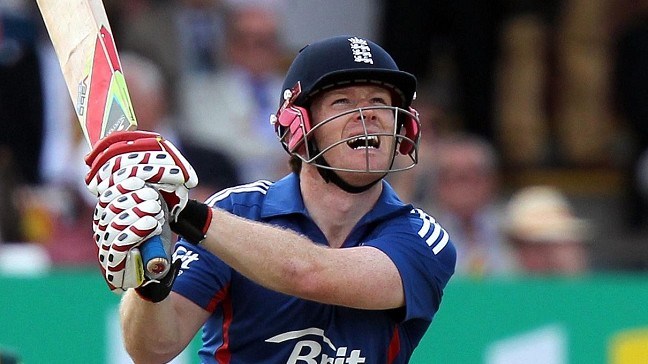 Buttler’s 32 not out was the stand-out batting performance in my opinion, despite all the other batsmen putting in good performances. He utilised the shorter straight boundaries by cutting and pulling the ball over the bowlers head for 6 rather than trying to hit the long square boundaries like the New Zealanders. Smashing a leg-stump yorker through cover for four was a personal favourite in a barrage of baseball style technique mixed with power and timing. The young New Zealand pace-bowling attack was taken apart as England smashed 15 maximums, just 2 short of an overall record. 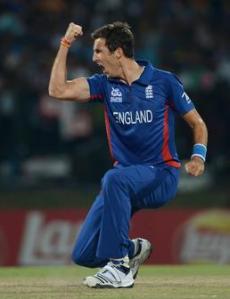 Steven Finn took 3 wickets but was warned for knocking the bails off the stumps in his delivery stride, a problem he has had all of his career (PC: ECB)

Finn and Broad led the bowling attack well with Broad going at 6-an-over in a game where the average run rate was 9.70, despite the well documented injury to his left heel. Finn took the vitally important wickets of Brendon McCullum, aided by a fantastic catch from Eoin Morgan, and Ross Taylor. Jade Dernbach was unlucky to go wicket-less but he was eclipsed by Finn and Broad who looked in a different class, even Luke Wright had more luck than Dernbach. It seems every ball that isn’t a slower ball seems to be going to the boundary off his bowling and his confidence seems low. Changes could be made before the next game. Spinners Patel and Tredwell failed to make an impact and it seems Patel may not be needed on these New Zealand pitches that aid pace more than spin. A quick bowling all-rounder may be preferred for the rest of the tour.

New Zealand will not change much as their comeback was spirited with Martin Guptil and Colin Munro looking promising. They will continue to look to McCullum, Taylor and James Franklin for match winning performances while due to lack of depth in the bowling department, not many changes will be made there.

Sadly all the evidence points in the direction of a warm up tour for England before a tricky Ashes test in the summer. New Zealand need to muster some wickets from somewhere to have any chance of really competing this tour.

One thought on “England strike 15 maximums to dominate in Auckland”